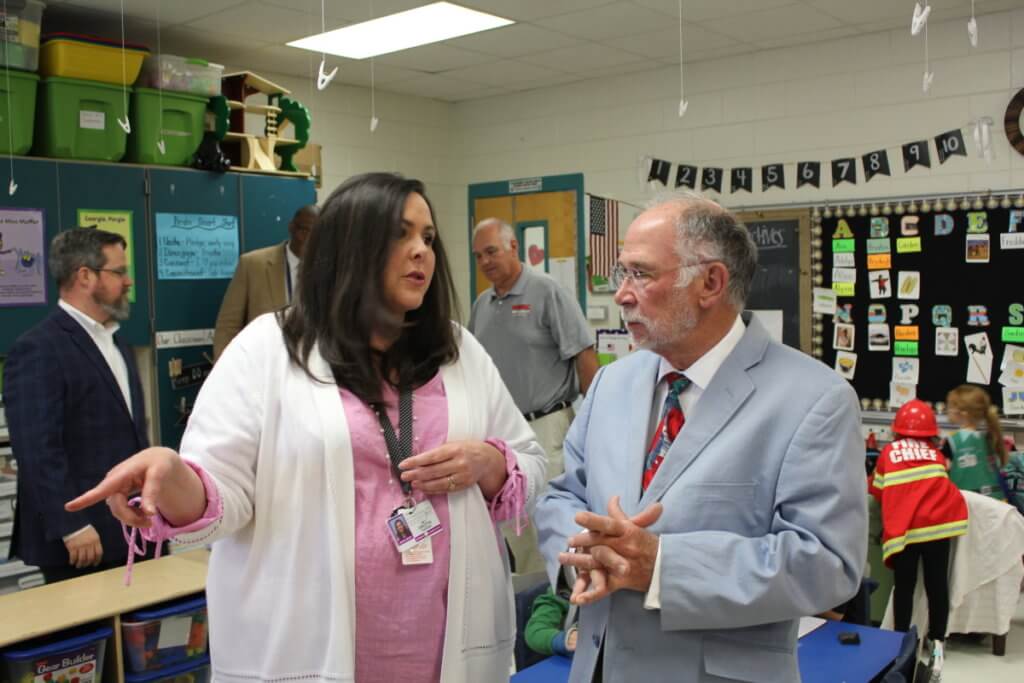 Advocates from the Alabama School Readiness Alliance organized the visit to highlight the growing need for more pre-k in the area. St. Clair County Superintendent Mike Howard and Jeana Ross, the secretary of the Alabama Department of Early Childhood Education, which manages the First Class Pre-K program statewide, joined the lawmakers for their visit.

For 12-years in a row, the National Institute for Early Education Research has ranked Alabama’s pre-k program for four-year-olds as the number one state-funded pre-kindergarten program in the country for quality. New research by the Public Affairs Research Council of Alabama and the University of Alabama at Birmingham has found that students who participate in a First Class Pre-K classroom – regardless of demographics, zip code or school – are more likely to be proficient in math and reading than their peers. In St. Clair County, however, there are only enough classrooms across to enroll 28 percent of the area’s four-year-olds; slightly less than the statewide enrollment rate of 32 percent. There are 23 First Class Pre-K classrooms in St. Clair County, including three at Springville Elementary School.

”We thank Senator McClendon for approving an $18.5 million increase for First Class Pre-K last year. That increase allowed a third classroom to be added at Springville Elementary School for the current school year,” said Allison Muhlendorf, executive director of the Alabama School Readiness Alliance. “However, total state investments in the program are only enough to allow one in three Alabama four-year-olds to attend, and that percentage is even lower in St. Clair County. That is why we are encouraging additional incremental creases in state funding for First Class Pre-K over the next legislative quadrennium, until all four-year-olds have the opportunity to participate.”

The Alabama School Readiness Alliance’s business-led Pre-K Task Force is encouraging lawmakers to approve a $25 million expansion of the First Class Pre-K program. Governor Ivey included this expansion in her Fiscal Year 2020 education budget. If appropriated by the state legislature, the proposed funding increase would open an additional 240 classrooms next year and help bring the total number of First Class classrooms statewide close to 1,300.

The ASRA Pre-K Task Force consists of more than 60 prominent leadersfrom the business, education, civic, medical, legal, philanthropic, military and child advocacy communities. The endorsement of the Governor’s pre-k funding proposal is one of a series of recommendations proposed by the ASRA Pre-K Task Force as it enters year seven of its 10-year campaign to fully fund the state’s First Class Pre-K program while maintaining the program’s benchmarks for quality and accountability. The 2019 Alabama School Readiness Alliance Pre-K Task Force Recommendations are available in their entirety at alabamaschoolreadiness.org/recommendations.

The Pre-K Task Force first proposed expanding pre-k access to all families in 2012. Since then, state leaders have incrementally increased the level of investment in Alabama’s First Class Pre-K program from $19 million to $96 million. In 2012, the program enrolled just six percent of Alabama’s four-year-olds. In the 2018-19 school year, 32 percent of Alabama’s four-year-olds attend First Class Pre-K. 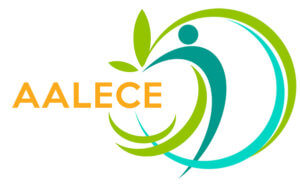 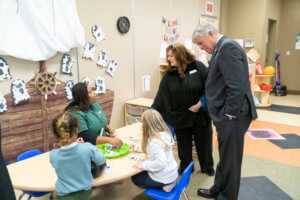