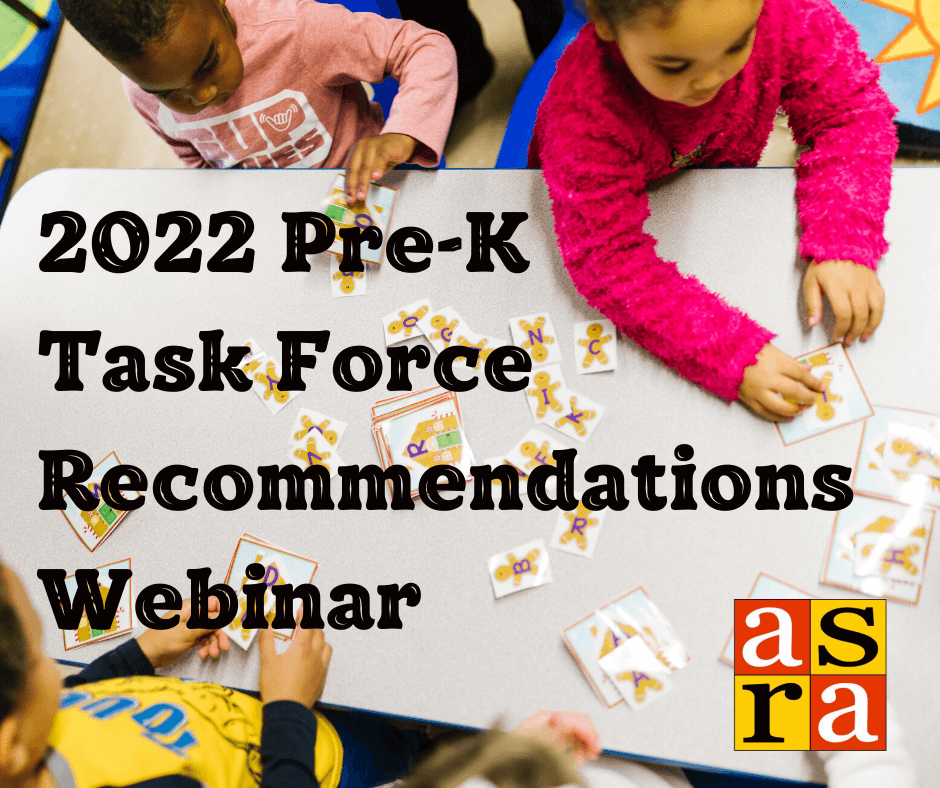 For 15 years in a row, the National Institute for Early Education Research has ranked Alabama’s pre-k program as the number one state-funded pre-kindergarten program in the country for quality. Research by the Public Affairs Research Council of Alabama and the University of Alabama at Birmingham has followed students through the eighth grade and found that those who participated in the First Class Pre-K program – regardless of demographics, zip code, or school – are more likely to be proficient in math and reading than their peers.

“Alabama must continue to increase investments into the First Class Pre-K program so that more families have an opportunity to voluntarily enroll their four-year-old in a high-quality classroom,” said Allison Muhlendorf, executive director of the Alabama School Readiness Alliance. “PARCA and UAB have studied Alabama’s First Class Pre-K program extensively for several years. Their ongoing, peer-reviewed study shows that not only are First Class Pre-K more prepared for Kindergarten than their peers, but they continue to outperform their peers academically through middle school. The problem is that not enough students have been able to enroll in the state’s program. This year’s funding increase will keep Alabama on path to one day enrolling every family interested in participating in First Class Pre-K.”

In addition to increased funding, the Task Force proposed a series of recommendations to maintain the First Class Pre-K program’s benchmarks for quality and accountability. The Task Force released its plan in a webinar with advocates from across the state.

Click here to watch the video from today’s presentation.

Click here to use our online action alert to encourage your state lawmakers to support the recommendations.

The Pre-K Task Force’s Recommendations are available in their entirety at https://www.alabamaschoolreadiness.org/2022Recommendations.

The Alabama School Readiness Alliance advocates for the expansion of high-quality, voluntary pre-kindergarten. ASRA works to ensure that pre-k is a continuing priority for Alabama’s children, parents, community leaders, legislators, and governing officials. ASRA is a collaborative effort of A+ Education Partnership, Alabama Giving, Alabama Partnership for Children, and VOICES for Alabama’s Children. Visit alabamaschoolreadiness.org to learn more. 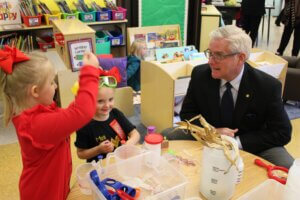 A $40 Million Win for Early Education and Care in Alabama 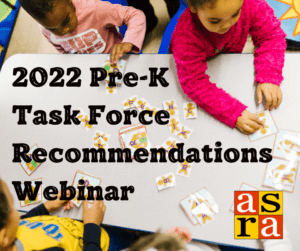